The Chattooga River is without a doubt the Southeast's premier whitewater rafting adventure. In fact, Southern Living called rafting the Chattooga "The #1 Thing Every Southerner Ought to Do." The Chattooga was federally protected in 1974 by the Wild & Scenic Rivers Act, forever preserving its rugged river gorge from development. Thus, the Chattooga delivers breathtaking scenery and treasured whitewater in an unmatched wilderness setting.

Perhaps most recognized for its depiction in the film Deliverance, there are two very distinct whitewater rafting sections on the Chattooga. Section III is what we call "Mild & Scenic." With numerous swimming holes, Class II-III rapids, and a Class IV grand finale at the famous Bull Sluice rapid, Section III is perfect for families and children eight years-old and up.

Just downstream on Section IV, the Chattooga picks up the pace. The action begins with Seven Foot Falls and culminates with the infamous Five Falls, where five adrenaline-pumping Class IV rapids follow in quick succession. 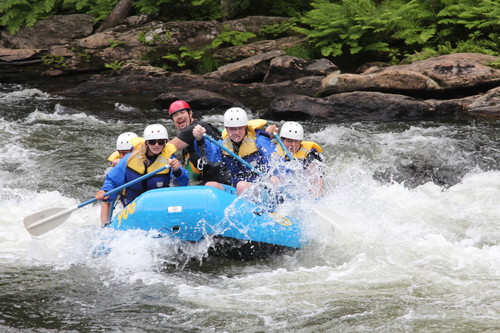 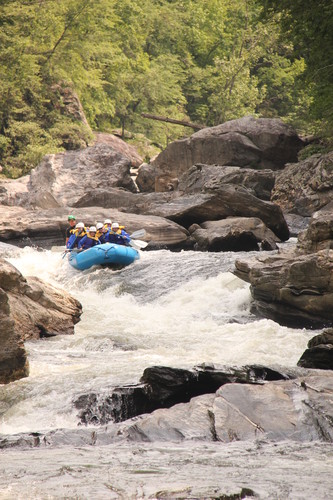 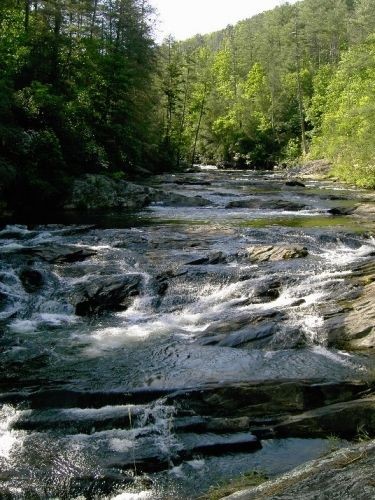 Waterway Resources
Links to USGS Gauges on this waterway
CHATTOOGA RIVER NEAR CLAYTON, GA
Download map files for your own use. Learn more