The Ashley River is a tidally influenced, Coastal Plain river that extends approximately 30 miles from Cypress Swamp in Dorchester County to its mouth at Charleston Harbor on the Atlantic Ocean. The headwaters form in the Wassamasaw Basin, flow through Great Cypress Swamp and into an oxbow called Schulz Lake, before forming into its river form. Along its winding course, the river passes through a varied natural and cultural landscape of forested swamps and uplands, tidal marshlands, residential and commercial developments, historic sites and structures, and major urban development at the City of Charleston. The stream environments of the Ashley transition from the freshwaters of a swamp and blackwater river to a freshwater tidal river, and to a saltwater tidal river.

In the past and in the present, the natural and cultural landscape of the Ashley River corridor has been shaped and influenced by the river as it carves the channels, floods the marshes and swamps, transports people and goods, and attracts settlements and development along its shores. Adjacent to the Ashley Scenic River are 26 separate sites listed in the National Register of Historic Places.

A 22-mile section of the Ashley has been designated as a State Scenic River with a goal to protect the unique cultural and natural character of the river. The State Scenic River project seeks to promote wise and responsible stewardship of the river and its surrounding lands by the entire community of riverbordering landowners, river users, and residents of the watershed. 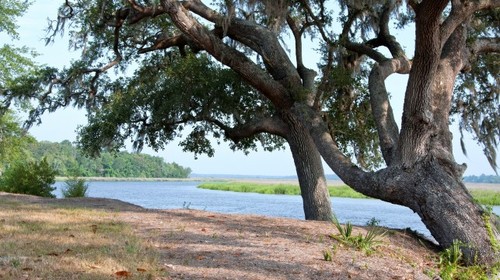 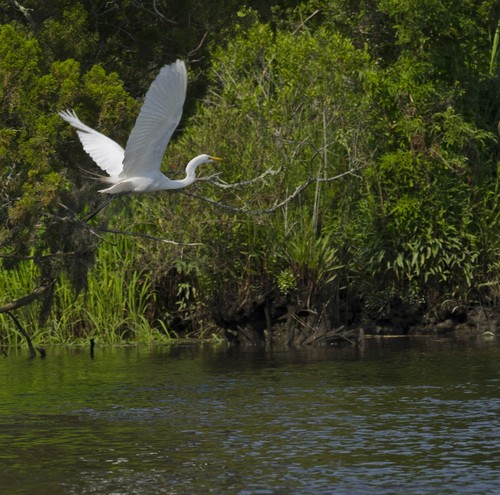 Waterway Resources
Download map files for your own use. Learn more